All photos by KayKay Blaisdell

At first glance, you may not be familiar with Little Hurt. But when you take a closer look, you will see the project of a songwriter and performer you’ve known and loved for 10 years.

The Mowgli’s Colin Dieden has officially gone solo under the moniker “Little Hurt.” Colin chatted with us to talk about the name change and the motivation behind his new solo project.

For those who are familiar with you, they’ll know that you were previously with The Mowgli’s. Let’s talk about how you got your start prior to that—what was your experience in the industry leading up to that point?

So, I grew up in Kansas City, and I played in this punk band and I just did kind of similar to what a lot of kids do. I just jammed in the basement with our friends and made a lot of really bad music for a long time. It probably took me years in writing really, really bad songs to start writing good songs. And then, at some point, someone was like, “Hey man, your songs don’t suck anymore.” And that led me here.

So, for those who aren’t as familiar with The Mowgli’s, what was your role with that group?

Som I started The Mowgli’s about, probably 10 years ago, which is like, kind of crazy. That’s such a long time. I wasn’t old enough to drink or even play the shows we played, but I just snuck in the back door and stuff. They were all older than me. And I was the lead singer for a lot of that music. It was kind of my thing for a decade.

How did that experience contribute to your growth as a musician?

I mean, it was everything—it shaped me as an artist, and as a person. I traveled everywhere with them and they’re my best friends still; we did everything together. We went through, you know, multiple labels, put out a bunch of records. We had an amazing fan base and they still do. Like, it just showed me how to be an artist and it allowed me to do what I’m doing now. There’s no way I think I’d be where I’m at now without it.

How do you think the influence from The Mowgli’s will affect your music and strategy as a solo artist?

I feel like I have this need this, like, not really a pressure, but a feeling that I need to tell a different story. I think I told a story for a long time with The Mowgli’s. And my intention with that band was, I was writing for the fans—I was writing for them. I mean, you know, for anyone who knows The Mowgli’s, it’s like the most positive, uplifting band in the world. I think [about], like, my songs over the past few years, and things tend to get a little darker, a little more introspective, but it was always like set against the backdrop of that very happy thing. And, I was realizing I had a different story to tell. And The Mowgli’s need to keep going and keep telling their thing. And you know, I need to tell my story, because I just felt this calling to do that, you know?

For sure! So what will you miss about being in a group?

I mean, honestly, like, it’s a whole different game. It’s like a different sport, being a solo artist. We haven’t even launched the project yet and I’m already noticing. Nobody else is going to get me out of bed and working, you know, right? It’s just me. And so like, that’s a new thing.

Also, I had a built-in friendship [of] like five dudes and a girl that every single day, we’re doing something and hanging out. It’s just a more solitary thing, which, honestly—I know what I’m saying, it probably sounds like a sad thing. It’s not. I’ve spent the last decade playing shows surrounded by people and, like, swarmed by other voices and noise and now, it’s nice to have a little bit of quiet. 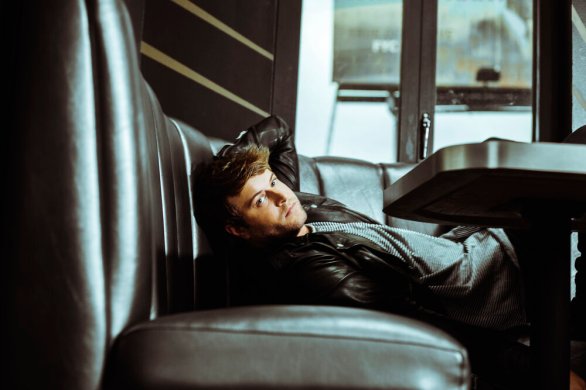 What are you looking forward to as a solo artist that you didn’t have or weren’t able to achieve in a group setting?

I think that I’m excited for people to hear the music that is one hundred percent me, without anybody else really touching it. Like, I want them to feel that like this is one hundred percent my spirit, one hundred percent of my heart. The Mowgli’s stuff was too, but there were five other people [involved]. This is all me. This is the essence of me distilled into a shot, you know? I want to say things that are so fucking honest, that it makes people feel weird. I couldn’t speak for the five of them [The Mowgli’s]. Not that they wouldn’t be open to it, but it wasn’t their story; it wasn’t their journey. So, now I can talk about my unique experience.

If you hadn’t chosen to go solo, what would you be doing instead?

I thought about that a lot. I mean, actually, after The Mowgli’s, I was like, “Dude, I’m tired.”

It’s crazy, I sort of want to be a chef, but I’m not going to do that; that’s like my pipedream. That’s just my life. I love cooking food [but] I’ll never be able to do that. But like, that would be cool if I wasn’t doing music.

But, there’s no reality where I’m not doing music; there is no Plan B. Some people have to make it because there is no fallback. You know, like, I hated school so much that I dropped out. I went to one of the best music colleges in the country and I left that; I couldn’t even commit to that. So, it’s like, I really put myself in a position where I was like, “Colin, you gotta make this thing happen.”

That can go one of two ways and fortunately, it’s worked for me.

Yeah! Things are cool! I’m pumped and I’m proud of everything happening around. I feel like I have a great team and I’m stoked for the future.

Awesome! So you’ve chosen the moniker, Little Hurt. Why did you choose that name and what inspired it?

So, that was my little league baseball name. So, like, when we were kids, we all had like—so there’s this baseball player named Frank Thomas and his nickname was “Big Hurt.” So since I was like, nine, or whatever, on the back of my jersey it said, “Little Hurt.”  And I just thought it was cool, kind of nostalgic;iIt called back to like, a place in my life. When I think about that, I remember what it was like in the summers playing baseball in Kansas City, and it’s just this kind of cool, nostalgic feeling for me. Honestly, it took me like, 50 names before something stuck. So, at that point, when everyone was like, “Yeah, that doesn’t suck.” I was like, “Sick, let’s just go, dude!”

That’s sweet! What sort of change in sound and performance can we expect from you during the transition from a group to a solo artist?

I was just talking to a friend about this the other day. I played a friend some songs and he was like, “You know, this sounds like some of The Mowgli’s stuff.” And I was like, “Yeah, because it’s the same songwriter.”

It’s not like a huge departure. Like, I didn’t, you know, leave and go make like a trap project—I’m not like a SoundCloud rapper now. I write alternative pop-rock, you know? So ,it’s like, no matter what I’m doing, that’s my thing. And sonically, I don’t think it’s a lot different; that’s not even my goal. I didn’t ever set out to be like, “Oh, I’m going to change my genre entirely” because I have fans that have been on this journey with me for so long and I’m not trying to alienate that.

I think it’s not the sound, it’s just the lyrics and the content that has changed pretty drastically. I mean, I would say that’s the biggest shift. I’m saying shit I never ever said with The Mowgli’s.

So you’ve got a new EP coming out! Congrats on that one! Can you reveal any details about it?

[With] “Good As It Gets” [the first single], honestly, I was having a really weird day. I showed up to the session and I was like, kind of hungover and kind of sad—It was sort of [around the time] when I left The Mowgli’s. And I was like, “Did I make a mistake? Like, what am I doing?”

This whole time period has been crazy for me. It’s a really big transition and I’m kind of freaking out and shifting up and I was like, “All right, well, things really suck right now and maybe that’s just it. And there’s nothing I can do about it.”

So [“As Good As It Gets”] came out of that. And everyone seemed to like it, which made me feel better. Then my day sucked less.

So that’s the first single you’re releasing. What is your favorite song on the upcoming record?

[Colin wasn’t sure if he wanted to give away the details at first].

It was one of those days where we went in to write it and everything clicked. It was like, the perfect combination of whatever was happening in my brain that day. And the story is really cool. It’s melodically interesting and different; it sounds like nothing else, not only that I’ve created, but that I’ve even really heard. It’s a weird song. It’s really quirky and like a little funny and pretty sad. I find it interesting. If I were to hear that song from a different artist, I’d be like, “That’s fucking cool.”

Okay, looking forward to hearing that one! Other than the EP, what are your plans for the future? Anything in the works?

Yeah, I think that I’m probably going to be on the road a lot again, which is going to be fun. It’s going to be nice to get back out there. I haven’t toured in a little while, so it’s gonna be cool. I’m just gonna keep making records and getting out there and play shows.

Sweet! I just have one more question that I like to ask all my artists because I think it helps me get to know the person a little bit better. What is your favorite dipping sauce? Like for chicken nuggets?

I think only one sauce belongs on chicken nuggets. And, this is probably heavily contested, but [it’s] ketchup. Is that crazy? I think a lot of other sauces can compete with that, but if I have like four other sauces in front of me—like Ranch, BBQ, whatever, honey mustard, whatever else—I’m going with ketchup more often. Yeah, I thought about this…I’ve thought about this a lot!

You know, a lot of people are very passionate about this question. I like to hear everybody’s answers.

I wish I could talk about this all day. If I could clear my schedule, we could just talk about it.

Yeah, let’s do a follow-up after you’ve toured a little bit and tasted more sauces on the road. 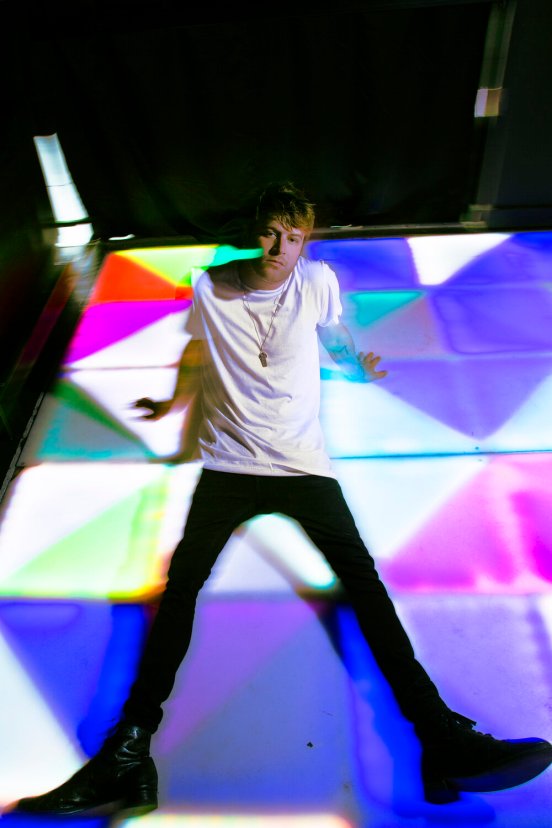 Witness Colin Dieden begin Chapter 2 of his music career as “Little Hurt,” and listen to his new single “Good As It Gets,” out today.