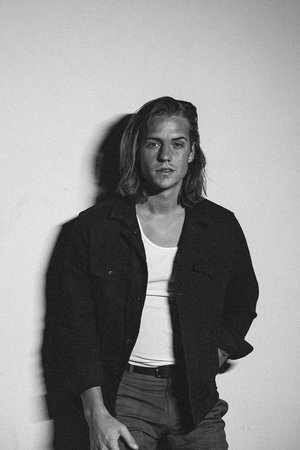 With the release of his debut EP Barely Put Together, Corey Harper takes the next step up the ladder of musical success. Getting his start on the northwest coast in cities like Portland, OR and Vancouver, WA, Harper went from playing music in the attic of his home to surrounding himself with like-minded up-and-coming musicians and playing live shows with friends in California. Now he’s working on his craft and reflecting on how far he’s come, looking forward to whatever comes next.

Was there a specific moment in your life when you realized that you wanted to pursue music as a career, as opposed to just a hobby?

I don’t know if there was this specific moment. I think it was recurring feelings I had where I was so scared of doing anything else. So, I think it was just, like, this fear of not being able to, you know, do something I knew I wanted to do.

I remember once when I was in Seattle, I went to a Ben Howard concert. I saw him play and I was like, “Yeah, that’s what I want to be. I want to be a musician. I want to start writing my own songs and I want to be on stage.” That was when I was a junior in high school. I guess that’s probably the defining moment.

Since that moment, how have you been able to see yourself grow as a musician?

Well, I mean, a lot of ways. I’ve seen my music grow just by looking at my discography, and seeing these just recently put out compared to the music I was writing out of college. There’s a whole world of difference. It’s like when you look at a picture of yourself, like three or four years ago, and you see change, you know, maybe in your face, or your body, or your hair color. I hear one of my songs from forever ago, and I hear where you can almost connect the dots of what you’ve learned through that experience and the moments where you’ve grown…I guess the years that you’ve grown.

Also, just being able to, you know, see the change through how many people show up for the shows. Three years ago, I’d have a show in Portland and have 40 people come. Last month and I did a show for like 1,500 people. It’s just awesome to see that. It’s so cool and rewarding and I’m sure I’ll compare this to something in the future. There’s no point where I’m like, “I’ve made it. I’m good now.”

Which artists do you look up to for inspiration?

More than anybody, I look to the people I know, who I’m close with. That’s where I get a lot of my inspiration because I’m able to pick their brains. I’m also inspired by people that already exist in the pop music world. I look up to Ed Sheeran a lot because he wrote these honest, amazing songs by himself, playing and sleeping on people’s couches. And now, he’s playing stadiums around the world.

Who is your dream collab?

I’m so into The 1975 since they put out their first EP. I’ve been able to see them grow and have this global success. I also really respect Matty Healy because he has this political view of the world that’s really tasteful in his music. And he lives so deliberately through music and his life. He just seems like a really great guy.

So, tell me a little bit about the inspiration behind the new EP. How did you choose which songs to include?

The title pretty much stands out as a theme for EP. Instead of writing these songs chronologically, it’s just music that I’ve made over the years. It was kind of just pieced together—not thoughtlessly—but I mean, like the title, it was barely put together…I’m trying to stay as lucid as I can until I can go make an album. I view it as a mixtape.

I don’t always have everything figured out. I want to get that across to people who listen to it and have them view all these different songs that sound different. This serves as a testimony to me not having everything planned out in a way that other people that have the time and resources put everything together.

It’s not [that] there isn’t a purpose to it. It’s not lazy. I just wanted to put these songs together that represented this last year of me creating music.

What’s your favorite song on the EP and what inspired it?

I think “Blind” is my favorite song just because I got to write it with my friend Noah Kahan, who is an amazing artist, songwriter and friend of mine. And Andrew Wells is the one who produced it. I’ve made music with Andrew for four years now. So, it was cool to have him produce this one.

What advice would you give aspiring artists as they start out on a journey similar to yours?

I always tell people the most important thing in songwriting honesty. And to write with purpose. The inspiration is not always going to be there so you have to just keep practicing and practicing.

Pick an instrument and get good at it. And if you don’t play an instrument, just get really good at songwriting. Try and find other inspirations, not just music, but art. I always try to have things that I pull from. There’s no [specific] pathway to success. Just believe in something and do it every day.

Corey Harper is one to watch. And who knows? Maybe we’ll see him alongside Matty Healy and The 1975 someday. Check out his debut EP Barely Put Together and be sure to follow him on Spotify and Instagram (@coreyharper) for life and music updates.