The Mowgli’s had a busy year with the release of their newest EP ‘American Feelings’ and a tour with Jukebox the Ghost. I got the chance to chat with band member Katie Earl about the EP and their growth as a band since its beginning in 2010. Although life is always changing, the Mowgli’s adapt and roll with the punches, creating stellar music that transcends the lapse in time.

HEM: First of all, thank you for ‘American Feelings.’ It’s incredible. Let’s talk about the making of the EP a bit. Musically you haven’t strayed far from past albums like Where’d Your Weekend Go. Does that consistency come naturally to you as a group or do you have to consciously keep yourself “on track?”

KE: Thank you! We are really excited about ‘American Feelings’, it’s great to hear that people are feeling it. I think when we do something as a group, it stays true to whatever “our sound” is… every song that is brought to the band could be produced countless ways, but when we all do “our thing” on the record, it becomes a Mowgli’s song.

HEM: That being said, how have you grown since your beginning in 2009?

KE: I feel like it would be impossible to accurately answer this. 10 years is a long time and your 20s are a crucial time in anyone’s life. We have spent our 20s in this band so the ways in which we have changed as individuals, as a group, and as musicians are countless. I think the easiest answer would be to simply say that we have all grown up a lot. Life tends to force change upon all of us, all we can hope is that the changes in our lives have made us better people and more interesting artists. 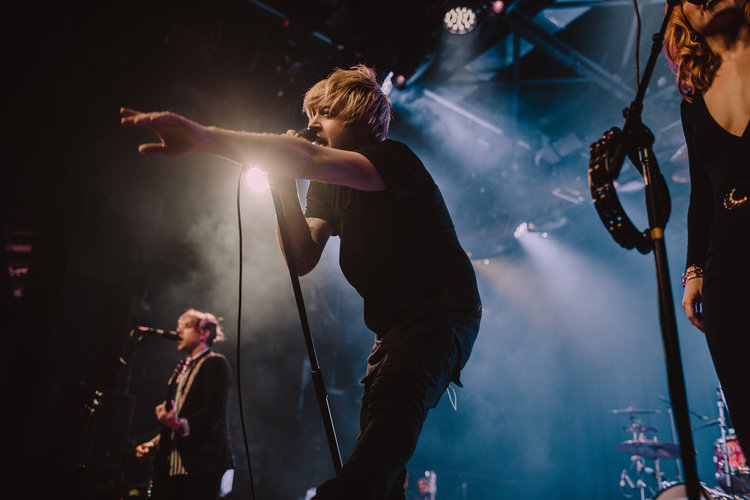 HEM: You must have experienced plenty of changes as a group in the last 10 years. Which changes have had the most significant impact, either positive or negative?

KE: Everything we have been through has brought us to that next place. We have been on a ton of tours, played a number of festivals, been on label’s, been off of labels. I don’t think any one instance alone has been significant in changing our career, but rather all of them have taken us to where we are, and since I’m happy to be here, I wouldn’t necessarily change anything, good or bad. I’m just grateful that through it all, people still connect to the music.

HEM: What is traveling with six band members like? How do you keep from driving each other crazy?

KE: We do drive each other crazy, of course! We are big personalities living in close quarters! But we try to have pretty open communication which helps and we play a lot of Mario Kart…. seriously… A LOT of Mario Kart

HEM: You’ve toured with some amazing artists like Walk The Moon, Hippo Campus, Colony House and now Jukebox the Ghost. What are some lessons you learned through these touring experiences?

KE: Probably that every band is special in their own way and that more bands should have girls in them. 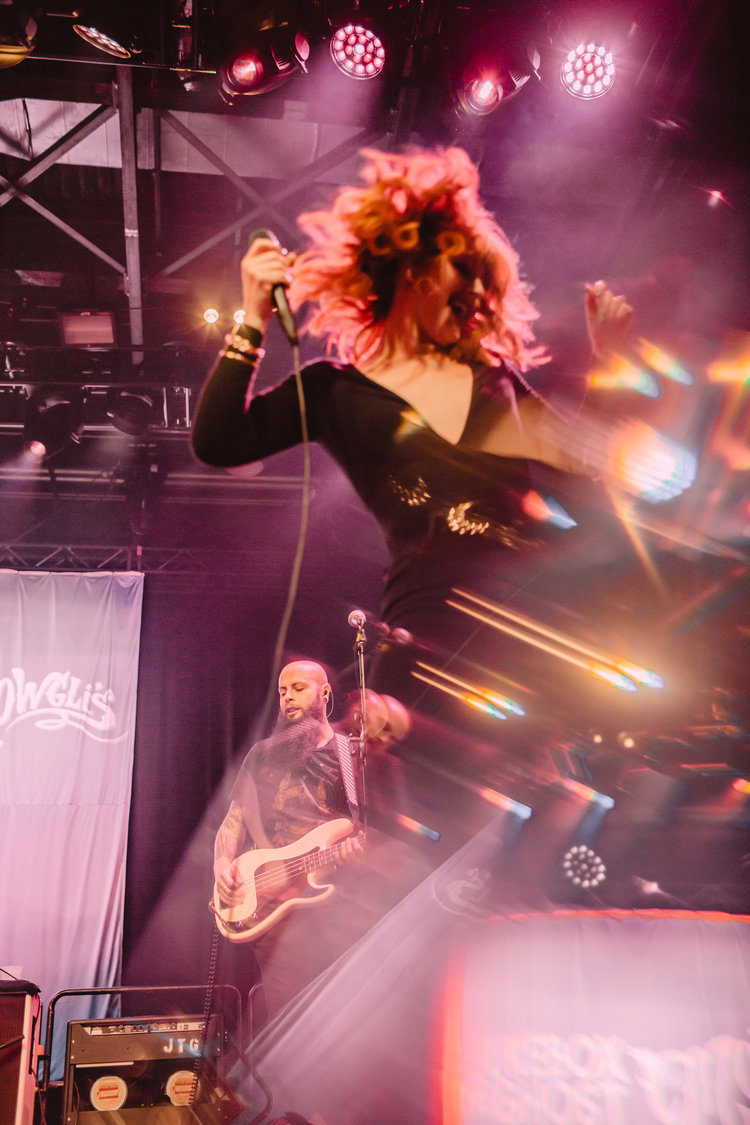 HEM: How would you describe the difference between supporting and headlining a tour? How does the preparation and performance differ?

KE: Supporting is a lot of fun because you have to work extra hard to win over new fans. It can be exciting and helps to keep you on your toes. With that being said, there is nothing better than playing for a room full of people who went out of their way to come and support you, and to enjoy your band’s music. Both are great but I prefer headlining!

HEM: Now that you’ve got some significant touring experience, what advice would you give to artists that are just starting out?

KE: Keep getting out there. A live show is the best way to connect with your audience and every show makes you better, even the bad ones!

HEM: The Mowgli’s originated in the LA area, right? Was it difficult to start there, considering the saturation of people trying to “make it?” How did you set yourself apart from other bands in the region?

KE: We actually think starting in LA was awesome! There is always a place within a few hours of wherever you are to play and the city is filled with other aspiring artists who push and support you. When we started, we made it a goal to play as much as possible.. sometimes we played 2-3 shows in a day! We played coffee shops, restaurants, bars, you name it! Every show got us closer to becoming the band we needed to be. I think our drive is what set us apart from other bands. We were non-stop.

HEM: Now that brings me back to ‘American Feelings.’ You’ve never been known to shy away from voicing your opinions and concerns when it comes to issues of social justice and the political arena. But this release is more geared toward daily American life, in almost a satirical fashion. What inspired the EP and what is the message you are hoping to send out?

KE: We just wanted to write honest songs that spoke to where we are in our lives right now.. and hopefully other people feel connected to that and feel less alone in their lives.

HEM: What’s your favorite song on the EP and why?

KE: It changes all the time if we’re being honest. It depends on the type of day I’m having which songs speaks to me the most at that time.

HEM: Specifically, I thought “Norman Rockwell” was genius. What sparked the connection between the artist’s depiction of American life and what you portray in the new EP?

KE: Colin and Josh wrote “Norman Rockwell” based off of the song title alone. When they started diving into lyrics, they revisited their experiences growing up in the Midwest and connected their commentary of growing up in America to the message Norman kind of depicted in his commentary about life in America. Different times, and different mediums, but a similar view of the world around us.

HEM: What would you say to Norman Rockwell if he were here today? Do you think he’d like the song?

KE: We can only hope. I can assume that he would at the very least, be flattered. 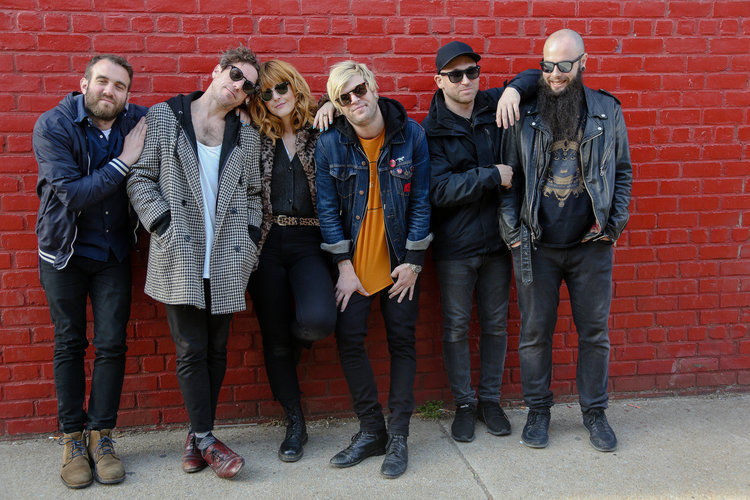 HEM: Like I mentioned earlier, you’ve always been passionate and active when it comes to social justice. For example, the proceeds from your track “For All Of Us” go to the International Rescue Committee. Do you have plans to continue this type of advocacy as you grow musically and in popularity?

KE: I would love nothing more. As ideas develop, we apply them where we can. At the end of the day, it’s really easy to direct funds from a song to a charity or donate proceeds from a merch item to a cause we believe in. It’s easy, so why not?

HEM: What impression do you hope to leave on your fans when they leave a Mowgli’s show?

KE: We have always said that we hope fans leave our shows feeling better than they did when they walked in, and we still mean it.

HEM: And now the question that I absolutely have to ask… What’s your favorite dipping sauce?

KE: Buffalo sauce + ranch/honey mustard/sriracha even though it’s not a dip.

The Mowgli’s have a clear passion for communicating an honest and relatable message to their fans. Standing the test of time for ten years, we hope to see the band double its age and impact.

One thought on “INTERVIEW: Katie Earl of The Mowgli’s”