About a year and a half ago, I found myself in Moody Publisher’s Book to Table Launch Team. I periodically sign up to receive early copies of books that interest me in exchange for honest reviews and promotion through social media. These books include Bible studies like Becky Harling’s Who Do You Say That I Am? and encouraging personal stories like Heather Holleman’s Chosen for Christ.

My most recent reads from Moody include Lies Men Believe by Robert Wolgemuth, Relational Reset by Laurel Shaler, and Love Over Fear by Dan White. Instead of dedicating a post to each of these books, I’ve decided to review them together.

Through these three releases, Moody has shown that they are dedicated to not only encouraging readers, but challenging them to be better — for themselves, their families, their churches, and the world. Through books like these, Moody is throwing its hat into our culture’s fascination with psychology and relational dynamics, providing a biblical lens through which to view today’s most talked about topics.

1. Lies Men Believe: And the Truth that Sets Them Free by Robert Wolgemuth 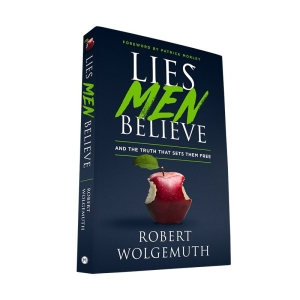 This book is written by a man for men. That being said, my two cents may only be worth one. Because I am not the intended audience, I may not have interpreted the text the way Wolgemuth intended. Out of the three books that I’m reviewing today, I regret to say that this is the weakest of the three.

Let me start by saying, I’m thankful for this book. I believe that society as a whole has made it quite difficult to be a man right now. And before you call me misogynist, let me say, I believe sexism permeates through a lot of our media and face-to-face interactions. But I believe the sexism goes both ways. With our focus on bringing down the patriarchy and building up women, we’ve (intentionally or unintentionally) created a void. As a society, we have attempted to put men ‘in their place’ without giving them space. We need to find a balance that allows men and women to be themselves, allowing both genders to feel respected and safe. I believe this book attempts to create that space.

That being said, when I first picked up this book, I thought I would be getting a man’s-eye-view inside the male psyche. Instead I found biblical truth I believe both men and women can apply. Other than a few chapters, most of the lies that Wolgemuth exposes are not gender-specific. Depending on what the reader is looking for, this could be taken positively or negatively.

Although it contained a handful of truth nuggets, I didn’t find much content in this book that I would deem revolutionary. Maybe a man would find this more applicable, but to me, it seemed like biblical commonsense.

2. Relational Reset: Unlearning the Habits that Hold You Back by Laurel Shaler 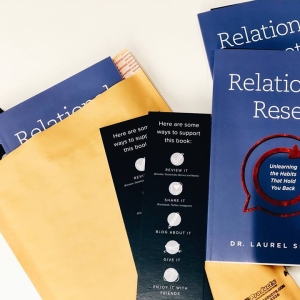 Culture’s fascination with interpersonal relationships and self-care is undeniable. With this being such a pervasive theme in today’s world, a biblical lens through which to see it is vital. Relational Reset provides just that. Instead of advocating for the removal of all “toxic” people in our lives, Shaler encourages readers to take an honest look at our relational struggles and take responsibility for our own thoughts, feelings, and actions.

I can’t recommend this book more highly. Shaler writes in a humorous, relatable way that gracefully delivers hard truth. Like I said in my Goodreads review, reading Relational Reset is like having an honest conversation with a friend. Shaler is vulnerable and straightforward, providing practical ways to literally reset the way you think and feel, allowing you to respond to negative situations in mature and healthy ways.

This book comes at a time when we as a country need it most. With the 2020 election quickly approaching, tensions are high on both sides of the political spectrum. Nowhere is this more visible than in the cutthroat arena of social media, where everyone seems to think they are experts.

Dan White takes an honest and sincere approach to nip this higher-than-thou attitude in the bud. By revealing his own struggle with fear and assumptions, White highlights both theory and practice necessary to handling conflict.

His thesis: Hate arises out of fear, which springs from a physical and metaphysical void — a void that can only be filled with a physical and emotional proximity supernaturally fueled by the love of Christ.

In essence, in order to resolve conflict in both a healthy and biblical manner, we must embrace and emulate the scandalous love of Christ that drew Him near to those who would be His enemies. We must close the gap in the name of Jesus.

I couldn’t agree more. Dan White puts to words what I believe can truly change the political and social landscape if only we would put them into practice.

So there you have it: Three quick reviews of three of Moody’s newest releases.

My only real complaint with the various releases is that the editing seems a bit lacking. I frequently find typos in these books and others like them. So, grammar sticklers, beware that these first releases tend to include spelling mistakes that you may find distracting. Outside of that one issue, I have found Moody’s newer releases extremely encouraging, convicting and practical.

I want to thank Moody Publishers for their dedication to printing truth and for allowing me to be on so many wonderful launch teams that provide me with these resources.